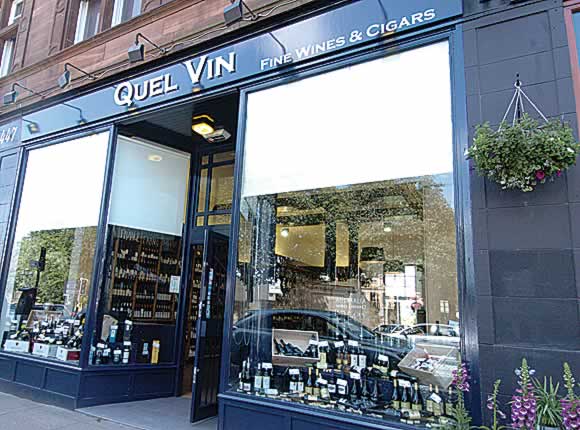 A NEW venture in Glasgow’s Great Western Road has seen an established bar and restaurant group expand into retail. The Giovanazzi group of companies has been a force in Glasgow for decades and is the name behind the Paperino’s and La Parmigiana restaurants, as well as The Big Blue bar at Kelvinbridge.
Last week the company expanded its portfolio again with the opening of Quel Vin, a new specialist wine shop in Glasgow’s west end.
The freehold of the space (which is on the same block as La Parmigiana and Big Blue) has been owned by the Giovanazzi group for years and was most recently occupied by off-licence chain Oddbins. But when Oddbins went into administration earlier this year, the Glasgow group was left with the decision of what to do with the vacant shop.
“We always thought that it was a good unit,” managing director Mark Billington told SLTN last week. “Working in the area we used it ourselves.
“But we were frustrated sometimes going in there that there maybe wasn’t the selection that there could be.”
With its own suppliers already in place, the company saw the potential to improve the range in the store and establish it as a true specialist.
All four of the Oddbins staff have been retained and are now running the shop as Quel Vin.
“Running Paperino’s and La Parmigiana, we’ve got access to some really special wines, particularly La Parmigiana which has got an extensive fine wine list on its menu,” Billington explained. “So we already had a very good knowledge. We had suppliers all in place, so sourcing the stock was relatively easy for us.
“What we needed were the Oddbins guys to tell us what sort of stuff sold in there. We put our experience together and before we knew it we had a very comprehensive wine stock.”
Once the administrators were finished with the store, the Giovanazzis moved in and tidied the place up, freshening the paint and adding a fresh coat of varnish. Billington said the process “wasn’t a re-fit as much as a re-decoration”. 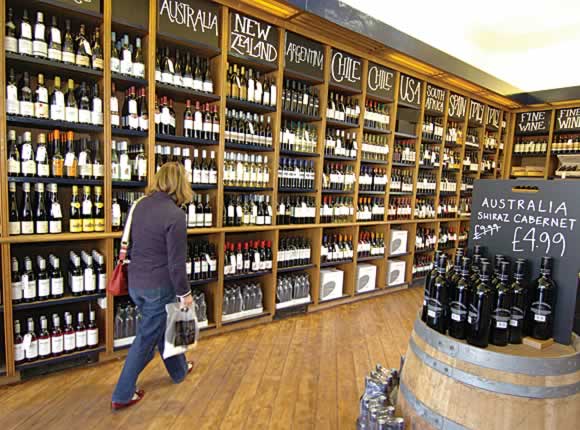 At the same time, a competition was launched in the local press to find a new name, and the winner, ‘Quel Vin’, chosen from around 50 entries. Quel Vin translates to ‘which wine’ in French, but is also a nice wordplay on the shop’s location – Kelvinbridge.
In its previous incarnation the store, and its staff, were popular with the locals and Billington said the company is keen to maintain this community feel.
As well as the Kelvin-inspired name, the owner will try to connect with locals by offering free glass hire for customers buying Champagne and in-store events such as wine tastings.
In its new incarnation, Quel Vin aims to cater to wine buyers of every persuasion, with wines that vary from £4.99 a bottle to the £109 Sassicaia and everything in between.
The shop also stocks a range of spirits and world beers.
With the Giovanazzi group behind them, Billington said the staff will be able to offer a more comprehensive service than they could under Oddbins.
“What we hope to do differently, which Oddbins maybe couldn’t do, is if somebody comes in and they want a particular wine, we can source it for them. We can get it in within 24-48 hours.
“We’ve got a catalogue full of wines from all our suppliers and if someone comes in and wants a super Tuscan that we don’t have on the shelf we can get it for them straight away.”
Building the best range is not the only responsibility the staff will have, however.
Described by Billington as “worth their weight in gold” the four-strong team at the shop, under manager Jin Griffiths, will also handle the day-to-day running of the business.
“They’ll have projections that will be set with me and them, and they’ll be expected to meet those projections,” he explained.
“There’ll be trigger points to have a look at, there’ll be bonus schemes for if they do well. I think they just went through procedures at Oddbins of filling in forms and sending them to head office.
“They will certainly get a grip on what it’s like to run a business.”