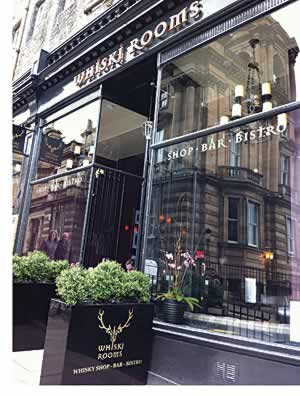 THE owners of an award-winning Edinburgh whisky pub have taken their first steps into retailing Scotland’s national drink.
Anne and Gary Still, the couple behind Whiski on the Royal Mile, created the Whiski Rooms by acquiring and knocking together three commercial premises on The Mound (numbers four to seven North Bank Street).
The combined bar, bistro and whisky shop opened for business last month and early trade has been encouraging.
With the plans having incurred opposition from some local residents, and significant structural work required to turn the Stills’ vision for the A-listed properties into reality, Anne said it had been a challenging project.
But she said the couple, who did not disclose how much they invested in the venture, were thrilled with the results.
“We took a risk – we didn’t know if we’d be able to put in ventilation or whether we would get planning and licensing [consent] – but it paid off,” Anne told SLTN.
“It was nerve-wracking – it was an awful lot to bring to development – but it’s stunning.”
The move into retailing was described as a “natural progression” for Whiski, Anne said, as customers in the Royal Mile bar often asked where they could buy the whiskies on the gantries.
Every one of the drams – around 500 are stocked in the bar at the Whiski Rooms – are available for sale in the store, which also includes a dedicated tasting area able to accommodate 16.
Customers can move freely between the three areas, and outwith licensing hours the store is separated from the bar and bistro with specially-designed wrought-iron gates, complete with Whiski logo.
However, even when the store is closed patrons can still see what’s available on the back-lit shelves.
The business will employ 30 staff during the high tourist season, many of whom have a passion for whisky.
Anne revealed she had received as many as 300 candidates for the post of retail manager. “We were inundated with applications,” she said. “All the staff are very good.”
The bistro will offer broadly the same kind of food the original Whiski bar offers, with the best local produce underpinning the menu.
But in design terms the venue has its own identity, favouring “luxury” and “opulence” in contrast to its sister outlet’s more traditional feel. 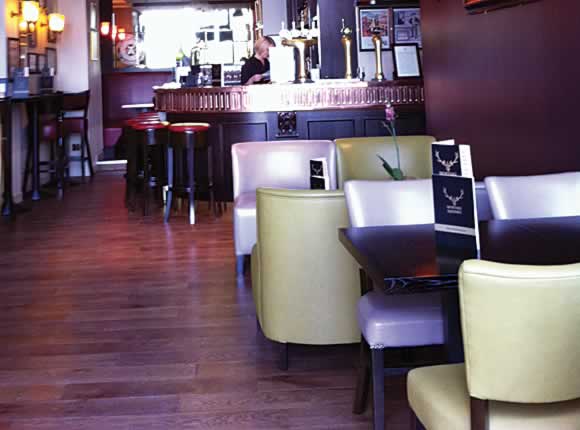 Wagstaff was the main contractor on the project and Edinburgh-based Kerr Blyth Associates the architects.
Anne said she and Gary had “driven” plans for the design. “It’s a high quality interior – five-star standard – and everything is beautiful,” she said.
“The bar has copper edging, it has copper lighting and the ventilation is also copper, making it look like a still.”
Despite their existing trading presence in the Old Town, Anne is convinced there’s scope for both businesses to commercially co-exist. That said, she does expect trade at the Whiski Rooms to be more seasonal and tourist-led. To that end, significant investment has been made in catering equipment to allow the venue to cater for large parties.
“I think there’s enough business for two Whiski bars,” she said.
“Whiski on the Royal Mile is more traditional. It’s still traditional here – it’s not a style bar, but it has more of a luxury feel.
“We’re getting a different clientele – more locals are coming, which is interesting – but obviously we’ve only been open a few days.”

Need to know »
WHISKI ROOMS is located in numbers 4-7 North Bank Street, opposite the HQ of the Bank of Scotland.
DRINKS SUPPLIERS include Gordon & MacPhail, Heineken and Matthew Clark.
FOOD suppliers include Campbell Meats, from which it buys Buccleuch beef, local fish supplier Neptune and baker Breadwinner.