Buying second-hand equipment can be tempting but ultimately expensive

SAVING money might be high on the agenda in the current climate, but operators should think twice before scrimping on their kitchen equipment.
The Catering Equipment Suppliers’ Association (CESA), which represents more than 150 catering equipment suppliers across the UK, claims buying cheaper, second-hand equipment can actually prove to be more expensive for operators in the long run.
The organisation reckons there are a few steps operators can take when upgrading equipment to help them avoid pitfalls it has identified. Firstly, it recommends checking exactly what type of warranty is being offered on the product, ensuring that it covers both parts and labour and lasts for three months at the very least. A service agreement is also vital, said CESA, as older equipment may need to be serviced; and the agreement should cover emergency call-outs. Operators should also be aware of the benefits of energy-saving technology. 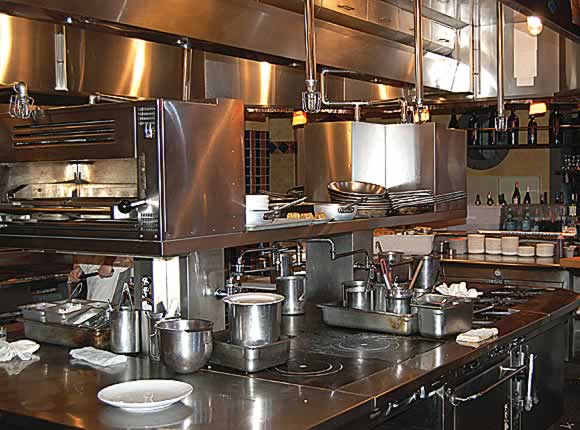 “Modern equipment is much more efficient, in terms of both energy and other consumables, which means it will cost less to run than second-hand models,” said Keith Warren, director of CESA. “In some cases the cost savings can be huge. “For example, manufacturers of some dishwashers claim the latest models can save thousands of pounds a year in running costs, because they use less water, less energy and less detergents.”
CESA isn’t alone in highlighting the potential pitfalls of buying second-hand. There is no doubt that during a recession this market is growing, but it is a case of buyer beware,” said Ray Hall, managing director of RH Hall, which supplies a range of commercial kitchen equipment, including combi-ovens. “How long will it last? What guarantees do you have? Will you have to replace after a short time?
“A new model will last for many years and over the life of the product it will often be cheaper to buy new rather than a refurbished unit.”
Caterers looking to get the best value for money should ensure they are not investing in more than they need, according to Hatco. “The most expensive equipment is not always the best,” said chief executive Dean Snee.
“Bells and whistles are great when they are working, but can be expensive to repair once out of warranty, or if not covered through ‘user error’.”
Snee said the right piece of equipment should pay for itself within the first twelve months and last for well over five years.
Energy efficiency is another important consideration, according to Hatco, which claims its Quick-Therm Salamander can offer energy savings of up to 79% by switching itself on only when a plate or pan is beneath it; the firm also claims its new range of induction hobs can help cut energy costs by up to 10%.
Meanwhile, Rational claims its SelfCooking Center can save operators money on equipment and on staffing costs due to the variety of functions it can perform. The system can fry, roast, poach, toast and bake food; in some outlets it can take the place of a standard deep fat fryer, the supplier claims. And its automatic controls can free up kitchen staff to do other things, which Rational said can cut down on the number of kitchen staff required in some outlets.

Maintenance: Check the equipment includes a warranty and service agreement.
Purpose: What are your needs?
Keep costs in line by making sure you aren’t purchasing more than you require.
Energy: Bear in mind that newer machines often have energy-saving features to help keep costs down.