Long drinks could prove a popular choice in the summer months 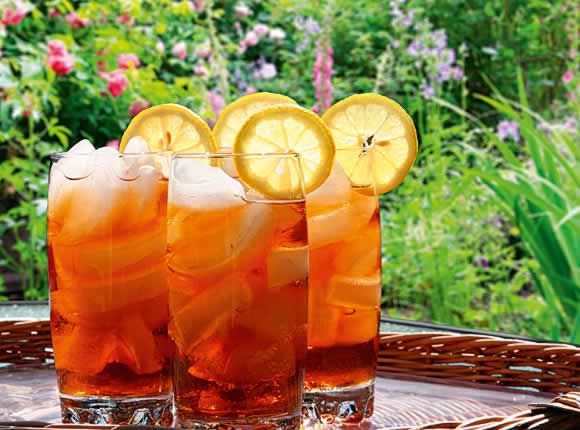 IT’S the season for refreshment, and as the sun (occasionally) splits the skies, it could bring a fresh opportunity for bartenders to make the most of long drinks. As with any drinks list, success will hinge on providing the right selection and ensuring a consistently high quality of serve. David Taylor, restaurant manager at the recently-opened Hotel Indigo in Glasgow, said rum is a strong choice for summer drinks.
As well as the ever-popular Mojito, the summer drinks selection at the hotel’s Limelight Bar & Grill includes the Dark and Stormy (Gosling’s Black Seal rum, ginger beer and lime) as well as cocktails such as the Harvey’s Hurricane, which combines three different types of rum.
For those not focused on rum, he expects drinks such as Pimm’s and lemonade and gin and tonic to prove popular. Whether it’s a complex cocktail or a simple spirit mixer serve, the emphasis is on quality, said Taylor.
Stuart McCluskey, owner of the Bon Vivant in Edinburgh, said that he considers rum, Tequila and gin to be the spirits best suited to warmer weather, while Scotland’s biggest advantage over the summer months is its selection of fresh fruit.
He said the UK, and Scotland in particular, is blessed with a selection of summer fruits that are “arguably some of the best in the world. Luckily, those kind of flavours, whether they’re muddled or pureed or just added as garnishes, either look great in drinks or add a wonderful natural flavour, as opposed to adding artificial flavourings from liqueurs,” he said.
As well as livening up cocktails, McCluskey plans to put his fresh fruit to work in a number of summer punches. “We’re doing a really big push in punches this summer,” McCluskey explained. “Brands like Courvoisier are really flying the flag to bring back the idea of the punch bowl, which are great for groups of people. You can really go to town on things like that, and they’re a great tool for customers to replicate drinks at home.”
Presentation is an important factor in getting any long drink serve right, and the Bon Vivant will be using a variety of glassware to boost the appeal of different drinks to customers. “Wine glasses are great for making long drinks look really appetising and interesting,” said McCluskey. “You can use lots of different fruits in a glass, packed with cubed ice and crowned with crushed ice and a nice little mint sprig or basil leaf. Things like that look really impressive but in actual fact they’re really easy to make.”
And drinks companies believe that there is still plenty room for growth in long serves. Jim Grierson, sales director at Maxxium UK, advised operators to tap into the potential in long drinks to make the most of whisky sales. He said the success of its Mixxit training programme, which sees Maxxium sales staff provide bartenders with category knowledge and the knowhow to deliver simple serves, illustrates the point, with Maxxium’s whisky brands currently at an “all-time high” in terms of market share. “The big thing is about opening up the long drinks,” he said. “It is a long drinks market, and whisky probably has been the last category to adopt it. And maybe that’s because people think it can’t be done, but we’ve proved it can be done. And it’s actually quite an opportunity, because it’s still a premium spirit.” Grierson, who said the Mixxit programme was at the “heart of the organisation” at Maxxium, stressed the importance for staff to master core spirit serves. “You’ve got to know how to make and present great drinks, because it’s one of the reasons that brings people back,” he said. “It’s vitally important.”