A FEW years ago, Eddie Tobin, doyen of the Scottish late-night industry, called on operators to sue violent customers who put licences in jeopardy. The nightclub industry in Glasgow was suffering badly as the licensing board took action against licensees because of violence caused by drinkers. According to Tobin, “in some instances licensees lose their livelihoods. The responsibility should lie with the troublemakers who caused the licence to be threatened”.
Here’s a new twist: licence holders now run the risk of being sued by the victims of violent customers. A landmark legal decision from an English court serves as a reminder that operators have a ‘duty of care’ to those who visit their premises which, if breached, could lead to the payment of substantial damages.
The story starts in the private members’ bar at the plush Metropolitan Hotel in London, known for attracting supermodels, Premier League footballers and boy bands. A waitress, Tania Kotze, was kicked or patted on the bottom by one of a group in which Robert Everett and Carl Harrison were standing. Ms Kotze brushed off the incident but Saudi millionaire Sami Balubaid, a regular, high-spending guest, promised her that he would extract an apology before the end of the evening. He arranged for his bodyguard, Cecil Croasdaile, to be added to the guest list for the evening.
When Croasdaile failed to extract the promised apology a scuffle broke out with Everett and Harrison suffering life-threatening stabbing injuries. Croasdaile, a well-muscled bodybuilder who had a previous conviction for grievous bodily harm, was handed two life sentences.
Everett and Harrison brought legal proceedings against the hotel’s owners, arguing that they had a duty to protect them from violent fellow customers. 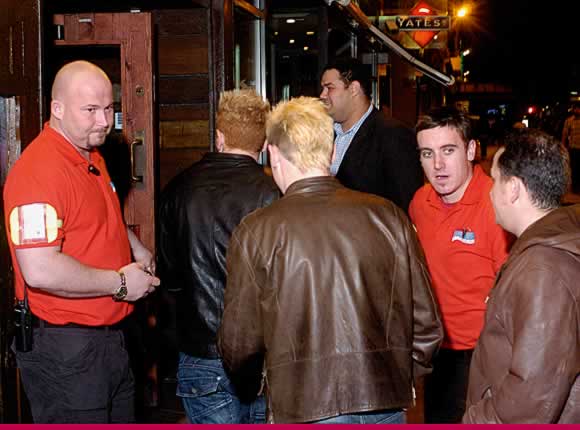 The case ultimately failed on the basis there was no clear risk of injury to the claimants. It was not known that Croasdaile was in possession of a knife and Balubaid had no record of causing trouble in the premises.
Should Ms Kotze, who described Croasdaile as “scary”, have relayed her concerns to a door supervisor? In the view of the court, she had no reason to believe that such a course was necessary: the incident had happened much earlier in the evening and, given Balubaid’s previous good conduct, she had no reason to believe that an outbreak of violence was imminent.
But the decision is nevertheless of significance for the trade on both sides of the border because it affirms the principle that, in certain circumstances, a licence holder can be liable to pay out substantial damages for injuries sustained by guests. It all turns on a risk-based assessment of security arrangements. As the judge in this case said: “It is a well-known fact that the consumption of alcohol can lead to the loss of control and violence” and it had to be foreseeable that one guest might assault another.
That risk might be at the low end of the scale in a respectable members-only club but somewhat higher in a busy nightclub open to the general public.
There could be cases in which the risk of offensive weapons being brought on to the premises made it essential that all guests are searched on entry. Where there was a history of violence, the number of security personnel on the door and within the premises should be calculated accordingly. The licensed trade would be well advised to take heed of this judgment and ensure they have the means to defend any claim by producing evidence of adequate security measures and staff training.