A recent legal change reintroduced the concept of vicarious liability to licensing law. Solicitor Caroline Treanor looks at the implications 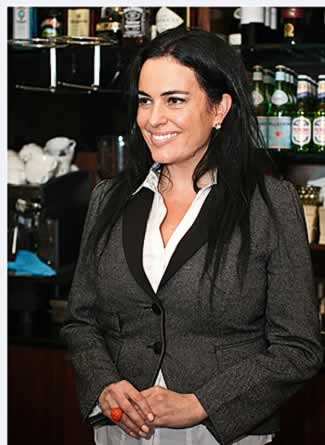 ON December 13, 2010, the concept of vicarious liability was resurrected in liquor licensing law via the Criminal Justice and Licensing (Scotland) Act 2010. It means a premises licence holder can now be held liable for certain offences committed by their employees or agents. Proceedings can be taken against the licence holder irrespective of whether action is taken against the offending employee.
The list of statutory offences for which the licensee can be held liable is rather wide, including selling alcohol or allowing alcohol to be sold to a person under 18; selling alcohol or allowing alcohol to be sold outwith licensed hours on licensed premises; and allowing drunkenness or other disorderly conduct on the premises.
The legislation also potentially allows an ‘interested party’ to be held liable for offences committed by staff. While an ‘interested party’ cannot be the licence holder or premises manager, the definition is wide in scope and could include, for example, a landlord who owns the premises. The landlord may have no link to the operation of the premises whatsoever, other than having a lease in place with the tenant. It could also include a company director who may be far removed from the daily operations of the business.

Every member of staff should sing from the same hymn sheet.

One of the problems with the concept of ‘interested party’ is that it allows vicarious liability to potentially run away with itself and there is no certainty as to who may be prosecuted. However, the interested party concept has not yet been introduced into Scots law and may never be. At least with a licence holder, we know who may be prosecuted. But what if they proclaim ‘it wisnae me!’ and it genuinely wasn’t?
What can they do? Well, unless they can prove they did not know the offence was being committed and they exercised due diligence, the answer, in law, will be: ‘well actually, it was …’.
To establish a due diligence defence, licensees must scrutinise their procedures to ensure they have robust systems in place to meet a due diligence test. This is important in terms of preserving reputations and risk management, particularly for larger operators. It may also be particularly important for those licensees who lease bars to third parties.
The mantra here is train, train, train. Every member of staff should sing from the same hymn sheet from a knowledge and training perspective. Licence holders should not assume staff are knowledgeable because they have received the minimum two hours’ training by law and signed to that effect. Training should be reinforced on an intermittent basis, particularly when changes in the law are coming up.
For example, we know that from October 1 this year licensed premises must have an age verification policy in place, which means steps must be taken to establish the age of a person buying alcohol if it appears to the seller the customer may be under 25. Staff should be vigorously trained on this new law and its implications and should have sound knowledge with regard to the forms of photographic ID that will be legally acceptable. Licensees should also have signs in place advising customers they will be asked for ID if they look under 25.
We know one potential pitfall is failing a test purchase and, in this regard, licensees should hold regular internal training sessions for staff with role play and virtual scenarios. Larger operators may wish to undertake their own test purchasing initiatives to test their own systems.
Where there is failure, they must act immediately. And, of course, all training (including failed test purchases and any follow up action taken) must be recorded, dated and signed.
We must not forget that any due diligence defence must be evidence-based. In other words, there must be proof of steps taken to train staff.
This may all sound like another headache, but operators who show due diligence will certainly be able to say “it wisnae me” with some confidence.
• Caroline Treanor is a solicitor with Tods Murray LLP.