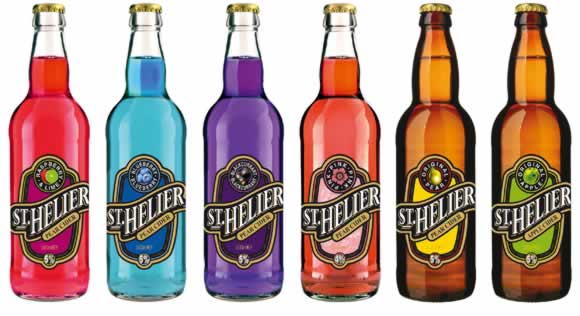 THE boss of cider brand St Helier has identified the great outdoors as the key to its summer trading success.

The pear cider, owned by Intercontinental Brands (ICB), is sponsoring a range of music festivals and outdoor events this summer, including Belladrum in Beauly, Inverness-shire, in August, and Loopallu in Ullapool, the following month. At the time of writing it was also hoping to land a deal giving the brand a presence at The Tall Ships Races in Greenock next month.
In an interview with SLTN last week, ICB managing director John Mills explained why outdoor events are the perfect fit for the brand. “They are massively important, because they do three things,” he said. “Number one is that they put the brand in the hands of a captive audience – people who are in a good mood, want to enjoy themselves and have a nice, ice cold product to sip on. “It’s a great way to introduce people to a brand, it’s like sampling and hopefully, if they like it, they will buy it next time they go to a pub, supermarket or corner shop. It then becomes a discovery brand.
“And because we back it up with things like the St Helier Facebook page, we’ve already got an active dialogue with consumers.
“So sampling’s one thing, exposure is something else. And I think at the end of the day it’s also a fun thing and perfect for our target audience.”
Sales of St Helier, which is served in festivals in 500ml PET bottles, are said to enjoy a boost like most ciders during the summer months.
But Mills, echoing a view expressed by others active in the cider market, insists summer is no longer the be all and end all. “Going back eight years cider only sold in the summer,” he explained. “It had a massive peak in the summer. Magners came along and changed all that. And while you might think ‘over ice’ is all about summer in fact, as we all know, Magners has become part of people’s repertoires. Whether its Magners, Bulmers, Gaymer, Westons, Aspall, St Helier or Kopparberg, cider’s become part of the drinking repertoire, whether you’re going out to a late night bar or a local pub, or drinking pints or bottles.
“Cider’s penetration has more than doubled over the past seven years, so although a nice summer is always going to improve sales because it’s quite a refreshing drink, in actual fact the three months of Christmas (October to December) is now bigger for cider as a category than the three months of summer.”
But, frustratingly for Mills, not every business in the trade is making the most of the opportunity, in pubs and bars as well as shops. “For the smaller outlets, the key is getting these products in chillers,” he said. “The growth is all coming from 500ml, 330ml, 375ml bottles – and 500ml PETs for festivals – the premium end, and these products need to be chilled. It breaks my heart when I walk into an independent or symbol fascia or a pub and you find one or two ciders in there, mainly in cans and PET bottles, and not in glass, along with 15 lagers. “You think, get the balance right.”
Although St Helier, which recently switched its packaging from brown to clear glass, is a priority brand for ICB, it’s just one brand in a busy portfolio competing for attention. One category in which the firm is said to be achieving notable success is speciality (non-full strength) spirits, where it’s represented by the likes of Zamaretto (amaretto liqueur), V-Kat Schnapps and Cactus Jack’s (Schnapps and pre-mix cocktails).
Mills said ICB’s declared intention to become a “category champion” in these areas is producing good results in Scotland, where its strong ties to student union bars (including Dundee and Aberdeen’s Robert Gordon universities) have led to a growing presence in other young adult venues.
It’s a trend which has led to ICB generating much of its current growth in pubs and clubs in Scotland, albeit the off-trade accounts for the majority of its overall volumes. Two dedicated sales people are “on the ground” north of the border to ensure the firm capitalises on the momentum.
“Our growth in Scotland is actually coming from the on-trade,” Mills explained. “We are seeing lots of exciting opportunities, not just with St Helier, but in our speciality drinks, whether they’re drunk as shot, mixer, or part of a cocktail.” 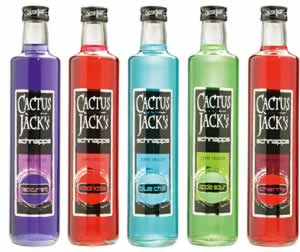 On cocktails in particular, the firm is having success with its Cactus Jack’s, pre-mixed range, which Mills reckons are ideally suited to the current trading environment.
“In these difficult times, people are looking for easy solutions in the off-trade and in many cases for the on-trade,” he went on.
“For people like ourselves, who offer value propositions, then we have pre-mixed cocktails with Cactus Jack’s and they’re going really well. And I think there’s more to come from that.”