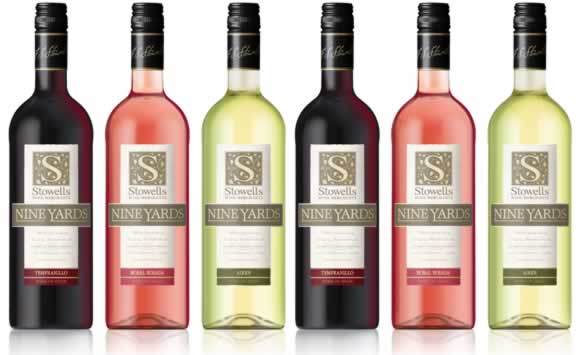 THE wine brand credited with pioneering the ‘bag in a box’ and draught wine in pubs has undergone an extensive overhaul.

Constellation Wines has invested a claimed £500,000 in creating a new identity for Stowells, the UK’s top-selling on-trade wine, presenting the range with contemporary labelling while emphasising its 19th century origins.
The investment, which Constellation reckons will build on Stowells’ reputation as a trusted and reliable brand, includes the launch of a new ‘sub-brand’ exclusive to the on-trade.
Stowells Nine Yards is said to have come in response to consumer calls for a recognisable brand at ‘house level’ when choosing wine in bars and restaurants. With wines from Spain enjoying rapid growth in the on-trade, the range launches with three varietals from Spain – a white Airen, red Tempranillo and rosé Bobal – available in 75cl bottles.
The ‘revitalisation’ of Stowells extends to a rationalisation of the range, which now numbers 18, and the replacement of traditional labelling terms previously used on its French wines.
Gone from the labels are references to wine producing regions, categories and appellations, which have given way to the arguably better known grape varieties.
Despite French wines continuing to dominate the on-trade, selling 5.5 million nine-litre boxes last year, Constellation said regional and appellation labelling can be confusing to consumers. To remove that confusion, and boost sales, the wine firm is introducing a new range of ‘easy to drink’ French wines on draught, based on well-known grape varietals. They will be supplied to bars in three-litre and ten-litre boxes.
The various changes to the Stowells brand are being communicated to operators via trade press advertising, point of sale kits and the continuation of the brand’s loyalty scheme, under which it supplies draught stockists with quiz kits and glassware through distribution partners such as Belhaven and Matthew Clark.
“2011 is set to be a big year for Stowells, which is a very well-loved and cherished brand,” said Clare Griffiths, vice president of European marketing for Constellation Wines.
“This investment comes at a particularly turbulent time for the on-trade and we felt that it was important to inject some new life into Stowells that will bring incremental sales growth and profitability to licensees.”
Draught Stowells, which is dispensed on bars from a three-headed font, is said to have been installed in some 17,000 on-trade outlets. With each installation said to cost in the region of £800 to £1000, Constellation’s national account controller, Simon Taylor, told SLTN it’s spent £10m in putting draught Stowells into the on-trade in the last five years.
“It’s a sizeable investment for the on-trade,” he said. “We’re continuing to invest despite depressed volumes in the on-trade.”
Taylor said draught Stowells is only installed in outlets which have the potential to deliver the volumes the supplier is looking for.
“We’re not looking to install it everywhere; it has to be the right location,” he said, adding that the top-performing outlets have as many as seven Stowells varietals in draught format.
Constellation reached an agreement to sell its UK and Australian business, including Stowells, to Sydney-based Champ Private Equity towards the end of last year. The business, which will be renamed Accolade Wines in June, includes a 50% stake in specialist on-trade wine wholesaler Matthew Clark. Punch Taverns holds the other 50%.