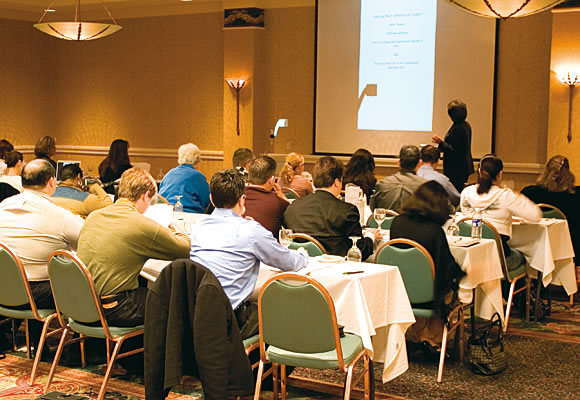 SCOTLAND’S biggest alcohol charity has come under renewed attack over its decision to sever financial links with drinks producers.

Neil Robertson, chief executive of the BII, added the professional training body’s voice to the criticism of Alcohol Focus Scotland, which changed its strategy to stop accepting drinks industry funding last September.
The move, which AFS said brought it in line with its counterparts in England and Ireland, was attacked by Diageo as evidence that the charity was no longer interested in working in partnership with the industry to deal with Scotland’s alcohol problems.
Fears that the health lobby was taking a harder line on alcohol also grew after AFS held a joint conference on the direction of alcohol policy with ASH, the anti-smoking group, whose powerful lobbying was said to have been instrumental in bringing about the smoking ban in 2006.
Those concerns were crystallised last week by BII boss Robertson in a stinging attack on the AFS stance. “It’s just an astonishing statement to make and it’s so backward,” Robertson told SLTN. “I really hope that the Scottish Government is not going to go down the same line. “We met with [health minister] Nicola Sturgeon recently and we got a sense that there was a partnership to be had there.
“And that’s been my impression – I think some of the Scottish policies have been forward-thinking and progressive, but this kind of activity is just ridiculous. “It’s actually not credible either. To try and make alcohol the new tobacco doesn’t fit with the view of the Scottish people who know that alcohol can be enjoyed responsibly. It’s out of touch, and it’s extreme.”
Robertson accepted his intervention in the row might be regarded as cynical, given that his own organisation competes with ServeWise, the training division of AFS, in selling courses to the trade, but he maintained his criticism was still valid.
AFS said in a statement that it remained committed to working with the trade to deal with alcohol misuse, and stood by its decision to not invite producers to attend the recent
conference with ASH.
“It is totally inaccurate to say that Alcohol Focus Scotland will no longer work with the alcohol industry,” it said. “We will continue to work with the industry on areas of common ground, such as training members of the licensed trade through our highly regarded and very successful ServeWise programmes and working with the Scottish Licensed Trade Association to promote the need for minimum pricing.
“Alcohol Focus Scotland’s executive committee made the decision in September 2010 to no longer accept direct funding from the drinks industry.
“This decision is in accordance with a recommendation from the World Health Organisation that ‘interaction with the alcohol industry should be in the context of their role as
producers, distributors and marketers of alcohol, not in terms of alcohol policy development or health promotion’.
“This also brings us in line with our sister organisations Alcohol Concern in England and Wales and Alcohol Action Ireland.”