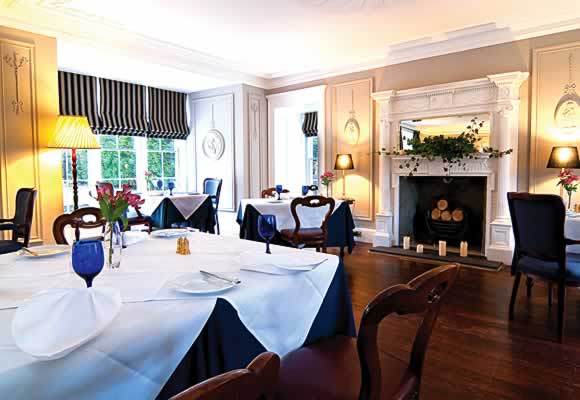 AN historic country house hotel in the west Highlands has been treated to a £600,000 refurbishment by owners, the Blue Grange Group.

Barcaldine House Hotel, situated just nine miles north of Oban in Argyll, recently unveiled the results of the major investment, which was backed by Highlands and Islands Enterprise and the Co-operative Bank.
The investment has allowed painstaking restoration of fine period details to an elegant and classic building, which is built in the Scots Baronial style.
All 11 bedrooms have been given a complete makeover while the three main reception rooms have also been restyled, along with the hotel’s dining room.
Barcaldine House, built in 1709, was the seat of the Clan Campbell and sits on the banks of Loch Creran.
The new kitchen is now headed by ex-Michelin star chef Oskars Kalinins, whose speciality is seafood.
General manager Alastair Stevenson said: “These are exciting times for Barcaldine and it’s good to be able to send out a positive message during a time when much of the trade is being cautious.
“We have had an encouraging positive response from guests who are all delighted with the changes”.
The four AA star hotel is marketed as a luxury country house with an informal, relaxed atmosphere.
The restaurant was awarded two AA rosettes in 2010 and was given the Turnaround Medal 2010 by the Scottish Hotel Awards.
Surrounded by forest trails, secret gardens and the renowned 90-mile Sutherland’s Trail, together with numerous beaches, castles and islands to explore, Barcaldine offers a host of activities, from walking and climbing to boat trips around the sea loch and out to the islands, scuba diving, cycling, mountain biking and kayaking.

(above: Barcaldine’s dining room was restyled in the recent refurbishment programme.)