CRAFT beer producers across Scotland have slammed the latest duty hike, saying it could cripple sales and hamper the category’s growth

In last month’s Budget, chancellor George Osborne unveiled plans to stick with the 2% above inflation duty escalator, inherited from the previous government, until 2014.
It equates to a duty increase of more than 7% this year.
Microbrewers say the increase, which will ultimately be passed on to consumers, could impact on sales of cask ale in Scotland’s pubs – the main route to market for many suppliers. 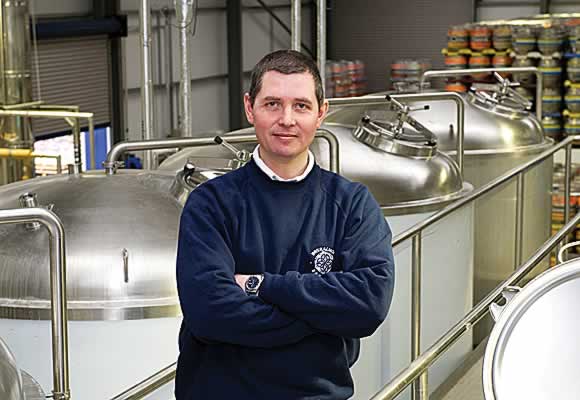 Inveralmond boss Fergus Clark said duty and VAT hikes could up the price of a pint by 30p.

The Treasury had previously outlined some duty concessions for low and high strength beers. In its earlier review of alcohol taxation, it pledged to cut duty on lower strength beers (below 2.8% ABV) and levy a higher rate of duty on those with an alcohol content greater than 7.5% this autumn. But producers say the measure will only affect on a minority of craft beers.
Many fear the latest duty hike could cripple a category, which, according to recent figures from the Society of Independent Brewers, saw an 8.8% uplift in volumes last year as overall beer sales fell 3.9%.
Fergus Clark, managing director of Inveralmond Brewery in Perth, said the increase in duty, coupled with rising raw material and fuel costs and January’s VAT increase to 20%, risks impeding the future growth of the category.
“A 7.2% increase in these times is a huge amount for any business to bear,” he told SLTN.
“With the VAT increase in January, it’s added about 20p to 30p to a pint this year. It’s making operating a pub extremely difficult.
“We’ve held off on price rises for two years but we’re in the middle of doing our prices just now and we’ll have to pass on the duty increase, as well as increases in distribution and raw material costs. It’s quite horrendous.”
It’s a view shared by Orkney Brewery owner Norman Sinclair, who described the Budget as “disastrous”.
“The craft ale sector has consistently been showing growth but the effect this [duty increase] will have on the pub industry means things may slow down substantially,” he said.
“Our main route to customers is through the on-trade and it is well-documented that this is already in decline with an outrageous number of outlets closing per month.
“The lower strength beer duty cut is fine but where do you see these beers? They are not exactly commonplace.”
Isle of Skye Brewing Company boss Angus MacRuary agreed that cutting duty for lower strength beers would have little impact on craft beer producers.
“This will only affect a minority of beers,” he told SLTN. The majority are between 4% and 5% so to that extent it’s pretty meaningless. The Budget is what we expected but another duty increase doesn’t help us.”
Derek Moore, who runs Kelburn Brewery in Barrhead, said the latest duty increases could affect how often consumers visit pubs.
“They may decide to buy a cheaper product at the supermarket and drink unregulated at home,” he said. “This would be to the detriment of pub turnover and more likely to encourage overconsumption at home.
“Current demand for cask ale is high. More drinkers are aware of the quality and flavour in real ales than for the past 40 years. To capitalise on this more people need to be encouraged to visit their local and drink cask ales in a social environment.”
Independent brewers’ trade body SIBA described the 2% above inflation duty hike as “ruinous”.
“This is a real kick in the teeth to the local brewing sector, one of the few British success stories of recent years,” said chairman Keith Bott.
“The current beer taxation system is killing off our main route to market – the British pub. The Treasury claimed before the Budget that the beer duty escalator was ‘baked in’. We say it is half-baked.
“Continuing to increase taxes on draught beer, drunk in the socially responsible environment of the pub, will only serve to increase purchases of cheap vodka for unsupervised home consumption.
“We fail to see how this policy can help tackle binge drinking.”