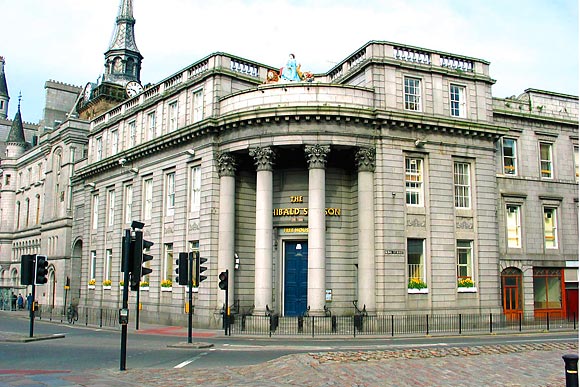 OPERATORS slashed drinks prices earlier this month in a bid to boost trade during what’s expected to be a particularly tough trading month.

National pub groups and independent bar owners said the traditional post-Christmas trading dip, coupled with what’s forecast to be another gloomy year for the economy, prompted them to unleash a range of deals designed to attract consumers into pubs and clubs during January.
Pub giant JD Wetherspoon, which has more than 50 managed outlets in Scotland, turned the clock back to 1992 to set prices for its annual new year sale, which ran from January 4 until yesterday (January 11).
The week-long offer saw a pint of 3.7% ABV Greene King Ruddles sold for £1.29 – up from the 99p the pub group has charged for the ale in previous January sales. Other offers included a 275ml bottle of 5% ABV Beck’s for £1.29, a pint of 3.8% ABV Carlsberg for £1.99 and a small Lavazza coffee at 79p. But in a change from previous years Wetherspoon did not include food in its 2012 sale.
A spokesman told SLTN the products and timescale of Wetherspoon’s January sale vary each year.
“There’s so much going on at Wetherspoon pubs that it needs to be relatively short so the next promotion can follow without overlapping,” he said.
Barracuda, which operates 12 pubs in Scotland, has centred its January sale on ale, offering a pint of Deuchars IPA for £1.99 and Morland Original at £1.49. Richard Stringer, operations director for the group, said the promotion marks the start of a year-long drive to promote cask ale.
“Like the majority of other businesses across the country, January is traditionally a quieter trading period,” he said.
“We are hoping to buck that trend with a number of food and drinks promotions available throughout January that offer our customers real value for money.”
At Campus in Glasgow, deals in its winter sale, which kicked off on January 3, include a vodka and mix, can of Coors Light, Jagerbomb and glass of white wine for 99p each, a pint of Carling for £1.60 and Tennent’s at £1.80 from Tuesday to Friday. From Saturday to Monday a Jagerbomb costs 99p, a can of Coors Light is £1.50 and a vodka mix is £1.80.
Owner Carlo Citti told SLTN Campus has been busy since the sale kicked off.
“This year’s winter sale is roughly the same as last year, but there are a few things at 99p that were £1.20 last year,” he said. “It’s going to be tough this year.”
SLTA boss Paul Waterson said: “Unfortunately one of the features in January is price cutting. But the prices are still significantly dearer than supermarkets.”