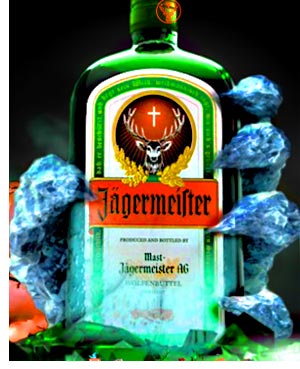 THE producers of German herbal liqueur Jagermeister have launched legal action against a number of bars in England after they were found to be selling another liquid and passing it off as the Jagermeister brand.

The drinks firm has been clamping down on trademark and intellectual property infringement across the UK this year, and has hired private investigators to look into cases of ‘pouring over’ and ‘passing off’ in outlets.
Lawyers acting for the brand have contacted five bars in the Midlands and north of England after investigators found that they were substituting other products in place of Jagermeister.
Passing off refers to the practice of supplying a different product when a customer has specifically requested a brand (in this case Jagermeister) by name, while pouring over is the practice of filling Jager bottles with another product in order to mislead customers.
Lawyers acting on behalf of brand owner Mast-Jägermeister SE have written to the bars in question, stating that they have evidence of passing off or pouring over and demanding that the outlets cease these practices or face legal proceedings. Sanctions available through the courts include injunctions to prevent further passing off/pouring over and payments of damages. Breach of an injunction can result in a prison sentence.
The liqueur was developed in Germany more than 75 years ago .